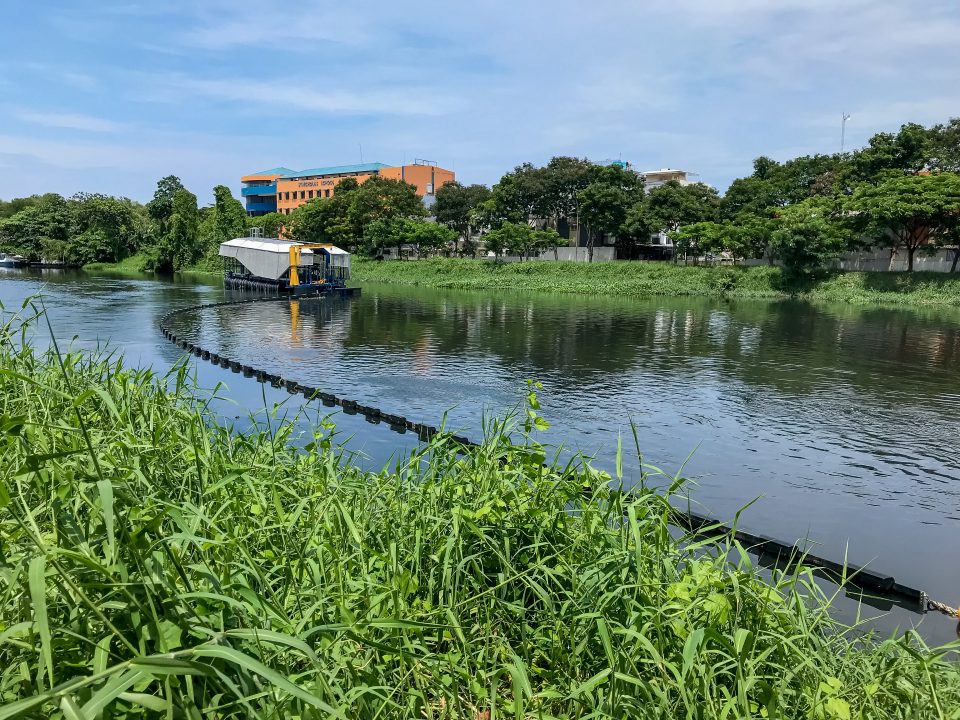 Boyan Slat, the dutch engineer responsible for recently collecting two shipping containers worth of plastic and garbage from the Great Pacific Garbage patch (for the first time in history), is now setting his sights on clearing up river-based water pollution.

We’ve talked about The Ocean Cleanup project on this blog before, but this conservationist is taking it one step further and hoping to help freshwater rivers and streams clean up their act too.

Check out this interactive map that shows the biggest trash offending rivers: https://theoceancleanup.com/sources/

How does it work?

The Ocean Cleanup is introducing a new method of cleanup called “The Interceptor”. It works in a few different parts. Barriers gently redirect a stream of waste towards the mouth of The Interceptor device, while The Interceptor sits ready to receive trash and pollutants. Trash, plastic, and other pollutants make their way up a conveyor into The Interceptor, which then holds them for collection by authorities.

In addition to cleaning rivers, The Interceptor is also totally battery powered and is recharged via solar energy. The system is also anchored to the bottom of the river bed to prevent it from drifting away. It also utilized onboard computers to send messages when it needs to be emptied or serviced.

Where will The Interceptor be implemented?

According to The Ocean Cleanup, The Interceptor is already in operation in Indonesia and Malaysia. Another is slated to be installed in Vietnam. A fourth The Interceptor is supposed to be installed in the Dominican Republic. Agreements are to be made to install two more in Thailand and in Los Angeles, USA. We can probably expect to see more of these rolling out over time!

Want to know more about this project? Check out The Ocean Cleanup for more information!